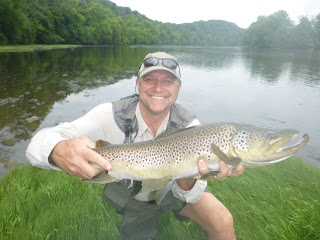 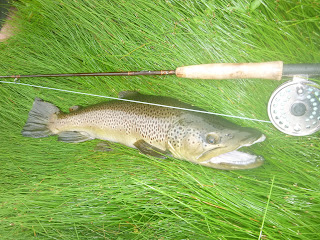 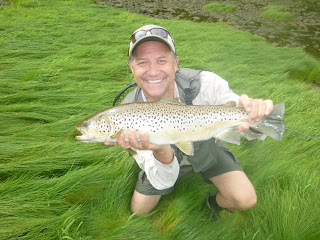 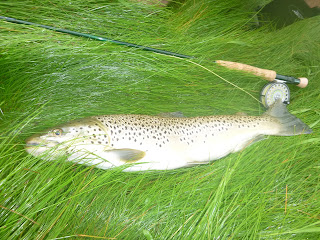 24" Brown Trout
BRIAN WESTPHALEN - former student - Had a "day he will always remember".  Brian was fishing a size 16 homemade nymph down deep... with an indicator.  He fished for a short period of time and decided to DEEPEN his presentation to get down to the fish...  Shortly after he made the adjustment, he was hooked up with what he believed to be a carp!!!  5 Minutes later he was able to get a look at the fish and said "this is not a carp, it is a big trout".  A 26" Brown Trout.   After moving downstream to net the fish, he was able to keep the fish upstream from him in order to use the current to NET the fish!!!   What a great day for him.  But that was only part of the story... 30 Minutes later he hooked into the 24" Brown Trout and repeated the fight all over again.   Making it look easy, he netted #2 lunker for the day.  I am very proud of this accomplished fly fisherman.  Great Job Brian Westphalen.   Both were released in CALM WATER , to allow them to gain their strength back and rest then swim away as they were ready.
Posted by DREW STILL at 10:20 AM